Many young Chinese workers prioritise leisure time over sleep after long work days – even though they know it’s unhealthy. What’s driving this behaviour?

Emma Rao spent almost three years on China’s notorious ‘996 schedule’: working from nine in the morning to nine in the evening, six days a week. Rao, who is originally from Nanjing, moved to financial hub Shanghai about five years ago to work for a multinational pharmaceutical company. The job quickly took over her life.

“I was almost depressed,” she says. “I was deprived of all my personal life.” After her shift, which sometimes included overtime, she had a small window to eat, shower and go to bed – but she sacrificed sleep to eke out some personal time. Often, Rao would stay up surfing the internet, reading the news and watching online videos until well after midnight.

Rao was doing what the Chinese have called ‘bàofùxìng áoyè’ – or ‘revenge bedtime procrastination’. The phrase, which could also be translated as ‘retaliatory staying up late’, spread rapidly on Twitter in June after a post by journalist Daphne K Lee. She described the phenomenon as when “people who don’t have much control over their daytime life refuse to sleep early in order to regain some sense of freedom during late-night hours”.

Her post clearly struck a chord. In a reply ‘liked’ more than 4,500 times, Twitter user Kenneth Kwok tweeted: “Typical 8 to 8 in office, [by the time I] arrive home after dinner and shower it’s 10 p.m., probably won’t just go to sleep and repeat the same routine. A few hours of ‘own time’ is necessary to survive.”

I want to steal back my time – Gu Bing

It’s not clear exactly where this term came from. The earliest mention this reporter found was in a blog post dated November 2018, although its origins likely predate this. The post’s author – a man from Guangdong province – wrote that during the workday he “belonged to someone else,” and that he could only “find himself” when he got home and could lie down. This revenge bedtime procrastination was sad, he wrote, because his health suffered, but it was also “great” because he got a bit of freedom.

The phrase might have been popularised in China, but the phenomenon it describes is likely widespread, with over-stretched workers all over the world putting off bedtime to claim some precious personal time – even though they know it’s not good for them. 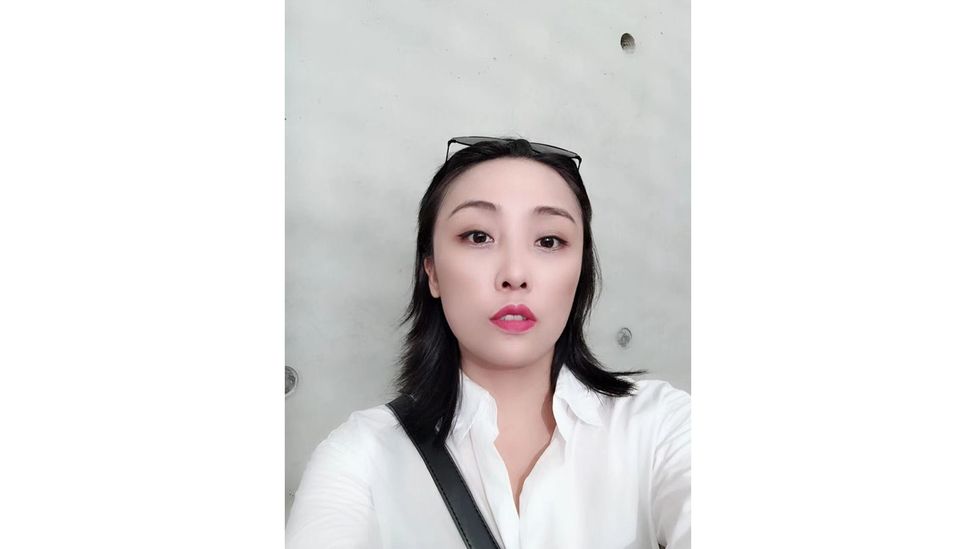 Gu Bing works a lot but sacrifices sleep for pastimes and fun: “My friends and I, we converse at night and sometimes we write songs together. It’s quiet and peaceful”

Experts have long warned that insufficient sleep is an unheeded global public-health epidemic. The 2019 Phillips Global Sleep Survey, which received more than 11,000 responses from 12 countries, showed that 62% of adults worldwide feel they don’t get enough sleep, averaging 6.8 hours on a weeknight compared to the recommended amount of eight hours. People cited various reasons for this shortfall, including stress and their sleeping environment, but 37% blamed their hectic work or school schedule.

In China, a national survey in 2018 showed that 60% of people born after 1990 were not getting enough sleep, and that those living in the biggest cities suffered the most. The tech companies who created 996 culture tend to be based in big cities, and their work practices have influenced other sectors. A recent report by state broadcaster CCTV and the National Bureau of Statistics said the average Chinese employee only had 2.42 hours per day when they were not at work or asleep, down by 25 minutes from the previous year.

Gu Bing, a 33-year-old creative director at a digital agency in Shanghai, often works late and considers going to sleep before 0200 an early night. “Even though I am tired the next day, I don’t want to sleep early,” she says. Gu loved late nights in her 20s, but has started to think about adopting more “normal” sleeping habits. Yet her friends are often also awake in the middle of the night. “I really need that time. I want to be healthy but they [her employers] stole my time. I want to steal back my time.”

In China, a national survey in 2018 showed that 60% of people born after 1990 were not getting enough sleep, and that those living in the biggest cities suffered the most

Long hours at the office aside, another part of the problem is that modern working patterns mean people find it harder to draw boundaries between work and home, says Ciara Kelly, a lecturer in work psychology at Sheffield University’s Management School. Emails and instant messaging mean employers can always be in touch. “This can make it feel more like we are ‘always at work,’ because work can call on us at any time,” she says.

Jimmy Mo, 28, an analyst at a games development firm in the southern metropolis of Guangzhou, has found combining his passion for video games with work a double-edged sword. “Work is also my hobby. I love to sacrifice my leisure time for this,” he says, explaining that he is required to play different games after work as well as take online classes to boost his professional skills. He also has hobbies including yoga and singing; squeezing them in means that Mo often doesn’t turn in until 0200. He knows this lack of sleep is potentially exacerbating an exisiting health condition, and that sleeping more could make him healthier and happier, but says he feels peer pressure to do and achieve more. 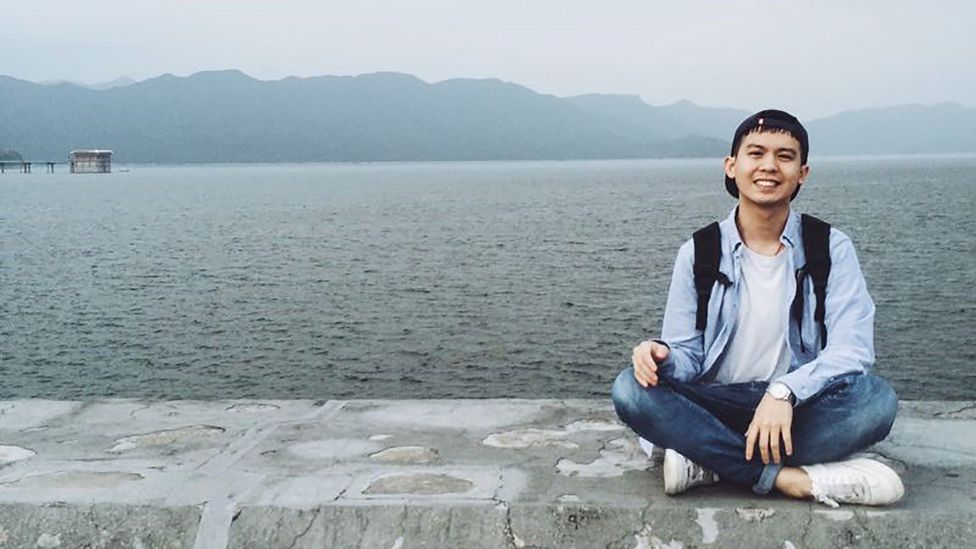 Jimmy Mo says he doesn’t turn in until 0200 most nights, as he crams hobbies and online classes in after work

Although people might resent work squeezing their leisure time, reducing sleep is probably not the best ‘retaliation’. Sleep deprivation, especially long term, can lead to a host of harmful effects, both mental and physical. In Matthew Walker’s book Why We Sleep: Unlocking the Power of Sleep and Dreams, the neuroscientist is blunt: “The shorter your sleep, the shorter your life span.” And people, in general, know this: everybody interviewed for this article felt their sleep patterns were unhealthy – but they still kept late nights.

Psychology may explain the reason why people would choose to eke out this leisure time even at the expense of sleep. A growing body of evidence points to the importance of time away from work pressure; failure to detach can lead to stress, reduced wellbeing and burnout. “One of the most important parts of recovery from work is sleep. However, sleep is affected by how well we detach,” says Sheffield University’s Kelly. It’s important, she explains, to have downtime when we can be mentally distanced from work, which would explain why people are willing to sacrifice sleep for post-work leisure.

“People are stuck in a Catch-22 when they don’t have time to detach from their work before they go to sleep, it is likely to negatively affect their sleep,” says Kelly. The real solution, she suggests, is to ensure that individuals are allowed time to engage in activities that provide this detachment. However, this is often not something employees can achieve by themselves.

Heejung Chung, a labour sociologist at the University of Kent and an advocate for greater workplace flexibility, sees the practice of delaying sleep as the fault of employers. Tackling the problem would benefit workers but also help ensure a “healthy, efficient workplace”, she points out. “It’s actually a productivity measure,” she says. “You need that time to unwind. Workers need something to do other than work. It’s risky behaviour to do only one thing.”

Since the pandemic, companies in many nations have implemented work-from-home policies, introducing greater flexibility into working lives but also, in some cases, further blurring already tenuous boundaries between work and home. It’s not yet clear how this might affect the kind of work culture that leaves employees shunning sleep to claw back some free time.

Chung says that genuine change requires an institutional shift, across many companies. “It’s difficult for individuals to react [to their work situation],” she says. But she does advise employees to talk to their colleagues and collectively approach their boss, with evidence, if they want to ask for change.

However, this might not be forthcoming in China. In fact, reports suggest that companies are digging in even more when it comes to overtime as they try to bounce back from losses caused by Covid-19. Krista Pederson, a consultant who works with multinationals and Chinese corporations from Beijing, says that she’s observed this trend. Chinese companies see their working culture as an advantage over markets like the US or Europe where people tend to work fewer hours: “They know they have hard workers who are ruthless and will do whatever it takes to get ahead, including working all the time,” she says.

With such a demanding work culture, employees will keep on tackling the problem in a way that works for them. Despite burning the candle at both ends, Gu Bing loves her job and embraces her stolen leisure time. “Sometimes, I really reckon night time is perfect, beautiful even,” she says. “My friends and I, we converse at night and sometimes we write songs together. It’s quiet and peaceful.”

And there is the option, for the lucky ones, of changing jobs, which is what Emma Rao did, finally swapping her 996 job for a slightly less demanding one. However, Rao has found that old habits are hard to shake. “It is a revenge,” she says of her late bedtimes. “To get back some time for yourself.”