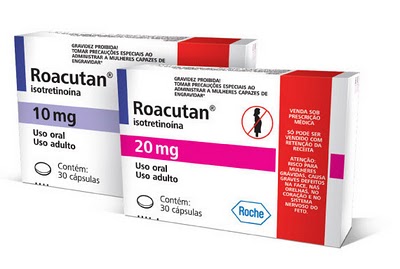 The website #SaúdeDireitosSociais&Innovations, in the person of the nurse Ivan Rodrigues, began to investigate, from February 2016, three deaths of adolescents who committed suicides against their lives, both were in use of the drug – Roacutam regularly.

“In the second half of 2016, August, I had the information that a son of a colleague had committed suicide inside his residence for no apparent reason for the practice.”

After the funeral of the 19-year-old, I arranged a conversation with her at her residence. In the course of our conversation she made a point of introducing me to the room of the young man who had been preserved as he had left before committing suicide, even though it was already past thirty (32) days after his burial.

To my surprise, a box of Roacutam was present on the computer desk.
I even asked how long he was using the medicine, his mother told me that almost two months.

We ended the conversation late in the afternoon, without my saying anything about the medication.
This week, in the city of Riacho Fundo, a young woman’s body was veiled in the Church of God, who had also used Roacutam and committed suicide.
Depression, psychotic symptoms and suicide attempts have been reported in patients treated with Roacutan.

In conversation with school friends of the young woman, I was told that she confessed that she was using the medication and no longer felt as well as before.

We can not confirm yet, but everything has led us to believe, after investigation of the cases, that the use of the drug – Roacutan – has caused more potential and aggressive reactions in the young, especially the more sensitive to the drug causing more aggressive disorder in the Central nervous system.

If you have information about suicide of people who were using Roacutan, please contact us.

This website uses cookies to improve your experience while you navigate through the website. Out of these, the cookies that are categorized as necessary are stored on your browser as they are essential for the working of basic functionalities of the website. We also use third-party cookies that help us analyze and understand how you use this website. These cookies will be stored in your browser only with your consent. You also have the option to opt-out of these cookies. But opting out of some of these cookies may affect your browsing experience.
Necessary Sempre ativado
Necessary cookies are absolutely essential for the website to function properly. These cookies ensure basic functionalities and security features of the website, anonymously.
Functional
Functional cookies help to perform certain functionalities like sharing the content of the website on social media platforms, collect feedbacks, and other third-party features.
Performance
Performance cookies are used to understand and analyze the key performance indexes of the website which helps in delivering a better user experience for the visitors.
Analytics
Analytical cookies are used to understand how visitors interact with the website. These cookies help provide information on metrics the number of visitors, bounce rate, traffic source, etc.
Advertisement
Advertisement cookies are used to provide visitors with relevant ads and marketing campaigns. These cookies track visitors across websites and collect information to provide customized ads.
Others
Other uncategorized cookies are those that are being analyzed and have not been classified into a category as yet.
SALVAR E ACEITAR